Here is a new Video-Potrait about me from Freiburg! 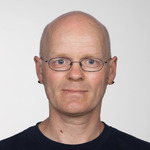 My name is Hartmut Schmidt - but I am also known under the artist's name of Harianu Harshita - and I was born in a small town just south of Siegen in the German federal state of North Rhine-Westphalia. In 1989 I moved to the southwest German city of Freiburg, got married there and since 1999 I am the father of twins. This is also where my artistic training took off in earnest. I attended courses in pantomime, modern dance and dance meditation.

June 91 till April 94 study of Ōṭṭan-, Śῑtankan- and Parayan Thullal at the State

Academy of Arts Kerala Kalamandalam and in private tuition with Smt. Kala-

January 96 till April 96 continue of the Thullal study with Smt. Kalamandalam

Devaki and Mizhavu at Kerala Kalamandalam

July 98 till May 99 continue of the Thullal study with Smt. Kalamandalam Devaki

and special training in Parayan Thullal under Shri Divakaran Nair (Retired Prof. in

October 01 till January 02 continue of the Thullal study with Smt. Kala-

October 09 till November 09 advanced studies in Śῑtankan Thullal under

and translation of the complete story Kumbhakarṇṇa Vadham (Parayan Thullal)

October 7th till November 14th 2022 Research and Perfromance of Thullal in Kerala. Presentation of Puḷindῑ Mōkṣam in  Parayan Thuḷḷal at the Kerala Kalamandalam University within the 65th Anniversary Celebrations of the Department of Thullal on 29th October.

My first Thuḷḷal performance (Arangēttam) took place on April 03, 1992 in front of the renowned Śrῑ-Kṛṣṇa-Temple in Guruvāyūr. Aside from the stories mentioned above I translated a number of other important parts from further Thuḷḷal texts, in all some 4000 lines from the poetics of Kunchan Nambiar which date back to the 18th century. The basis of my artistic work with children and adults in Germany is currently a repertoire of six stories (Puḷindῑ Mōkṣam, Kalyāṇasaugandhika, Pūtana Mōkṣam, Gajēndra Mōkṣam, Antaka Vadham and Kumbhakarṇṇa Vadham, the length of the performances being between 35 and 60 minutes) which I translated into German.

"Building little bridges between cultures" is my motto.

I want share with the people here in the West the experiences that I made in India in as many ways as possible. To be able to pass on the wealth of knowledge that I have built up since 1991, some of it through very personal and close relationships with Indians both here in Germany as well as in India itself.

Project days in schools and performances in front of children provide me with the opportunity to convey some of the Indian zest for life, the imaginative storytelling and the so completely different everyday culture. I also hope to be able to promote an openness and acceptance towards people from other cultures. Foreignness and Otherness should awaken curiosity. Curiosity towards those who look different and live differently. Perhaps also some curiosity towards other lifestyles - like that of an artist?

Performances for adults focus more on the art form of Thuḷḷal with its fascinating means of expression and stories. Humour, philosophy and social criticism are unmistakable features in the texts. Laughter is allowed when the chaos of a world is described in which nobody can die:

"in the ocean a giant fish swallows a smaller one -
only to have him peeping, undigested, from of its bum"      From: Antaka Vadham

Of a more contemplative nature are stories such as that of the Kaliyuga, an age in which wickedness and evil keep spreading (Pūtana Mōkṣam). Others, like Puḷindῑ Mōkṣam tell about the equality of humankind - and it is the wife who gets to express philosophical truths at the end, not her husband.